Did you know that Star Wars has the most popular line of Legos out of all the Lego themes? There are an empire’s worth of Star Wars Lego sets available, so I’ve taken it upon myself to show you the best ones. I’ll go over where to buy the best Star Wars Lego sets, how to make sure you buy authentic Lego merchandise, and show you some of the most popular sets out there. Ready to start? Let’s kick it into hyperdrive!

I’m a major Lego freak, and a huge Star Wars fan. So, you can imagine I’ve assembled my fair share of sets. One of my favs was Lego Star Wars Boba Fett’s Starship 75312 Toy Building Kit because I got to share the experience with my kids who are currently binging The Book of Boba Fett with me.

Before we get started on the hard facts, I’d like to show you the best Star Wars Lego sets. I chose these based on their overall awesomeness, cost vs. what you get, and availability.

What Star Wars Lego Set is Most Popular? 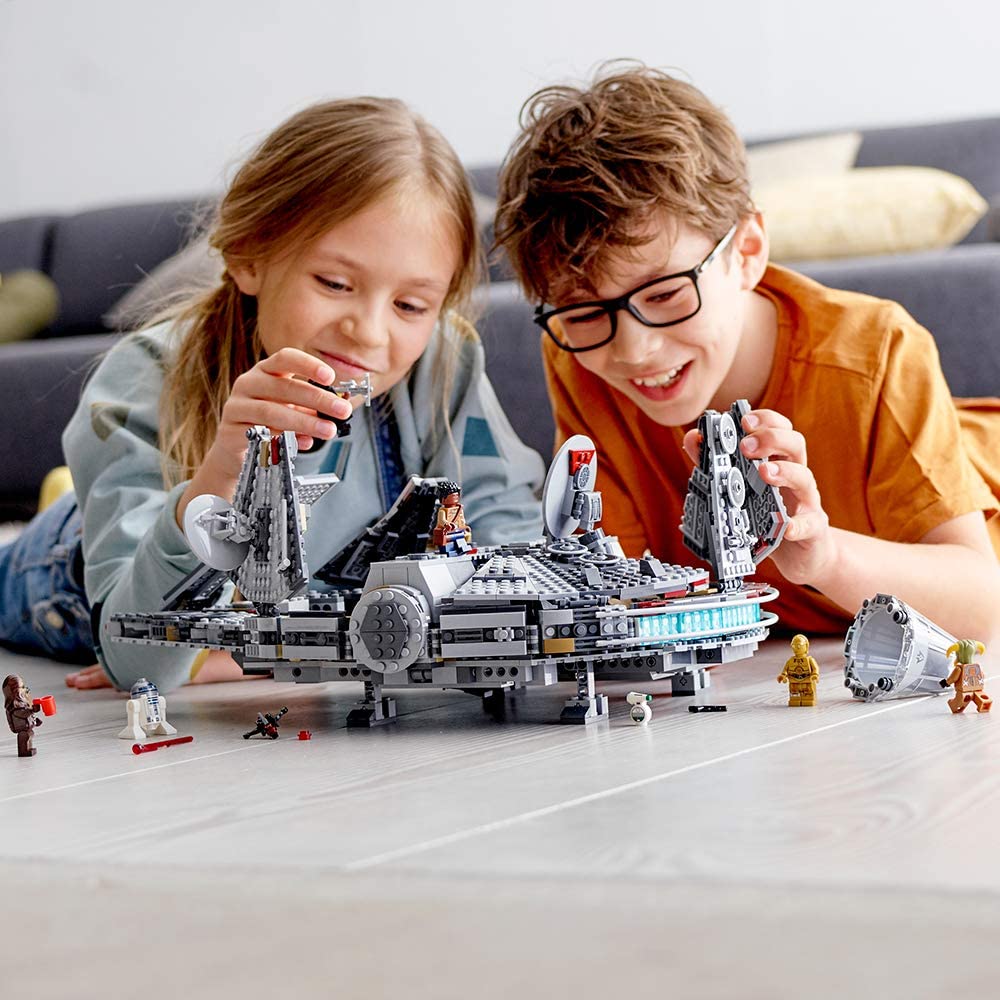 The most popular Star Wars Lego set is so large it’s estimated to take you around 24 hours to build it. It’s the Lego Star Wars UCS Millennium Falcon from 2007. There are 7,541 pieces in the set, so it’s an absolute monster.

What is the Most Valuable Star Wars Lego Set?

The 10179 Lego Star Wars Ultimate Collector’s Series Millennium Falcon is by far the most valuable Star Wars Lego set. This set has been devalued over time due to a couple of factors, like new Millennium Falcon models coming out, but the asking price is still $1,676.

Where is the Best Place to Buy Star Wars Legos?

Star Wars Lego sets are so popular. You can find them just about everywhere! But I made a list of some of the best places in stores and online to buy these epic galactic sets:

Where Can You Buy Used Star Wars Lego Sets?

Let me introduce you to Bricklink. Bricklink is a reputable online marketplace where you can buy new, used, and even rare Star Wars Lego sets. You can list your own Star Wars Lego sets and pieces to sell or pick up pieces you may have lost or wanted to add to your sets.

I encourage you to browse through everything Bricklink has to offer here:

What to Look for in a Star Wars Lego Set

Are you ready to break down the whats, wheres, and hows of buying Star Wars Lego sets? The truth is, there is some fake Star Wars Lego merchandise being sold in places online. I’ll help you sort through the fakes with a few quick pointers about what to look for.

In addition to selling fake merchandise, some people are also trying to rip you off. Before you buy any Star Wars Lego set online, check the price of that same set in multiple locations.

For example, if you’re trying to buy a Lego set from a private seller on a website like eBay or Amazon, check the price that other sellers are listing that set for. If someone lists their Star Wars Lego set of Han Solo in a mini Millennium Falcon for $300 and the usual asking price is $30, there’s a problem.

Some Star Wars Lego sets are retired, which means Lego isn’t making them anymore or featuring them on their website. The availability of an item can go a long way in determining its price because the rare sets that aren’t made anymore go for a lot of money. You can check the availability of a specific Star Wars Lego set online to see if it will be in stores or not before you get there.

Buying from a Reputable Seller 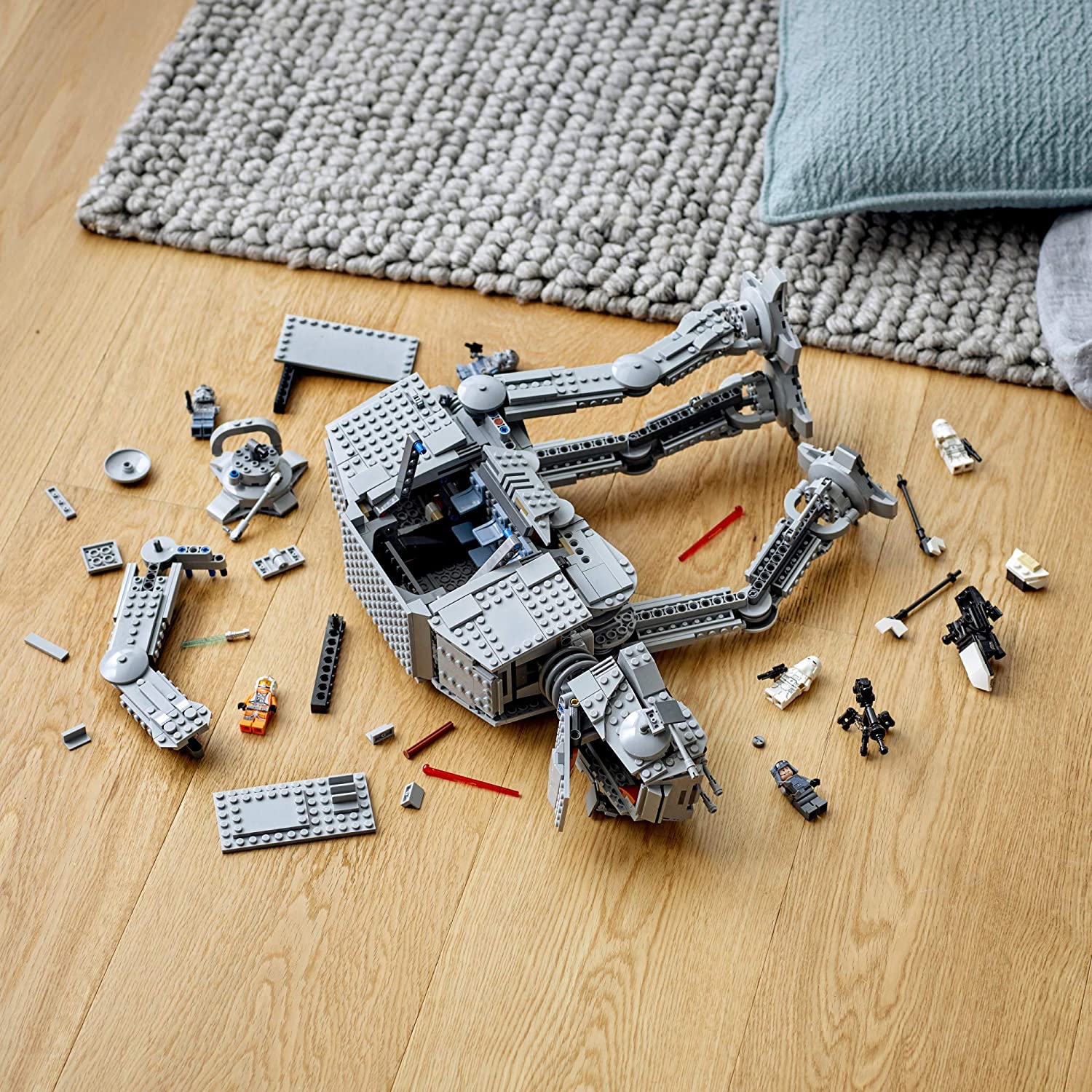 Did you know that the Lego logo is individually stamped onto each Lego stud? To ensure your Legos are real Legos, look at the pieces and check to see that every raised stud has the word “Lego” printed on it. If it doesn’t, it’s a fake.

The Best Lego Star Wars Sets of All Time

These are the best Lego Star Wars sets! Each of these is incredibly popular, but each has an individuality that makes them stand out. Some of these sets are complex, and some are meant for even small children to enjoy.

Best For: Most Complex 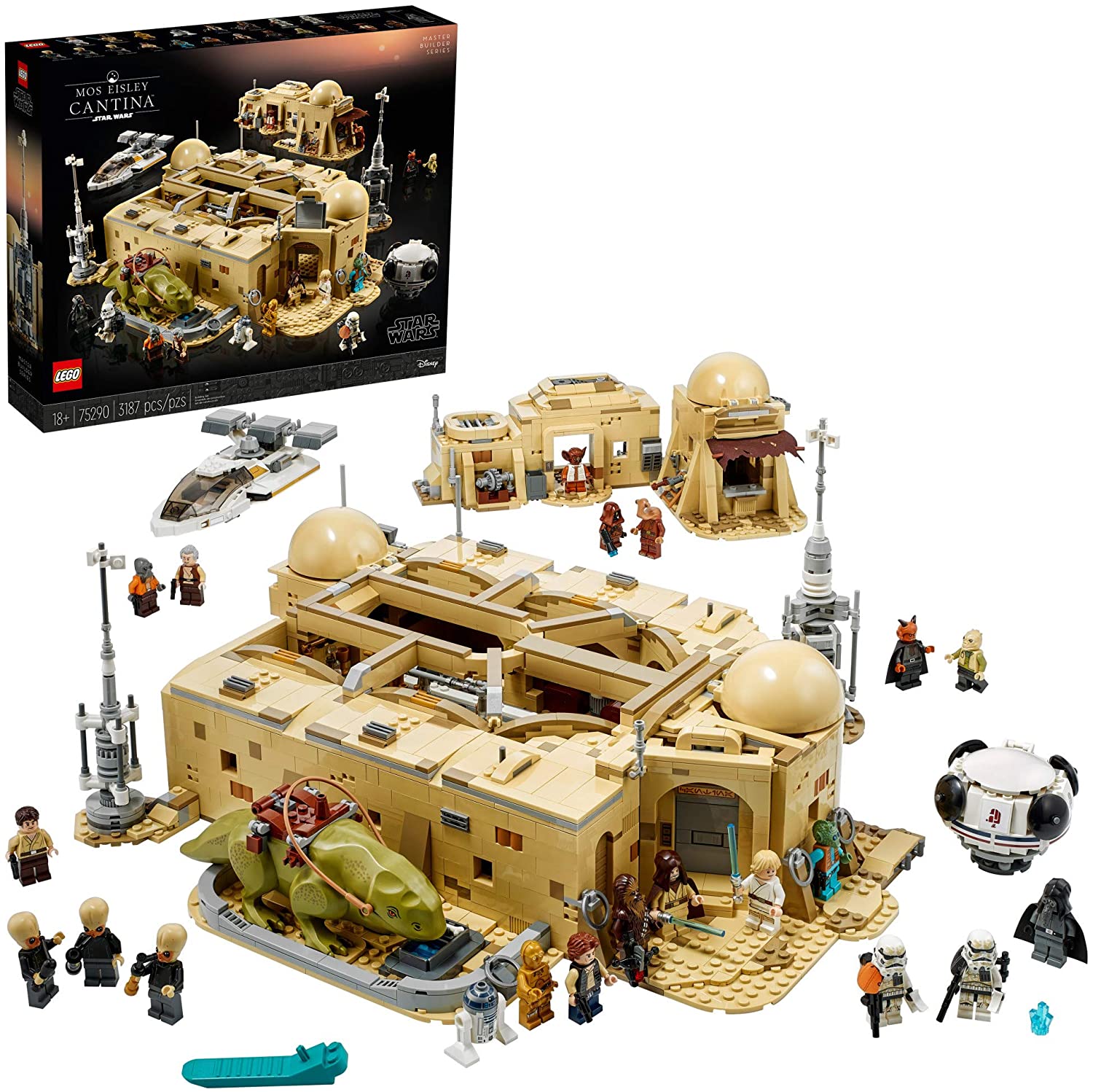 This Lego Star Wars kit features all your favorite characters from the original Star Wars movie. You’ll be able to construct the favorite hangout spot of Tatooine’s crime lords with this set that features buildings and accessories from Mos Eisley Cantina.

There are 3,187 pieces in total, so keep in mind this set will take you a long time to build. Lego recommends this set for adults because it is so complex. The box recommends 18+. 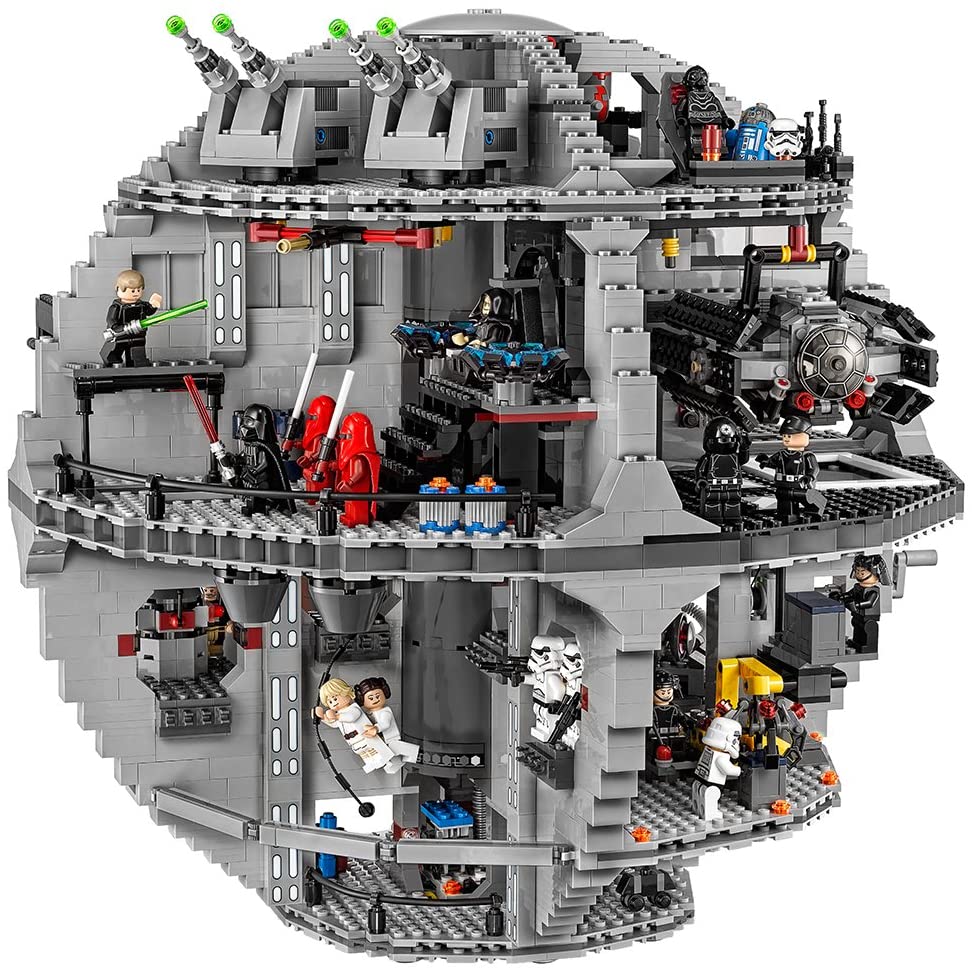 Lego gave us something big and epic with this Death Star kit. You get a bunch of popular characters from the original movies and tons upon tons of accessories that fit within the Death Star. It’s so large that there are many different sets within one big set.

There are 4,016 pieces. Lego recommends this for people 14 and older.

Best For: Best for Older Kids 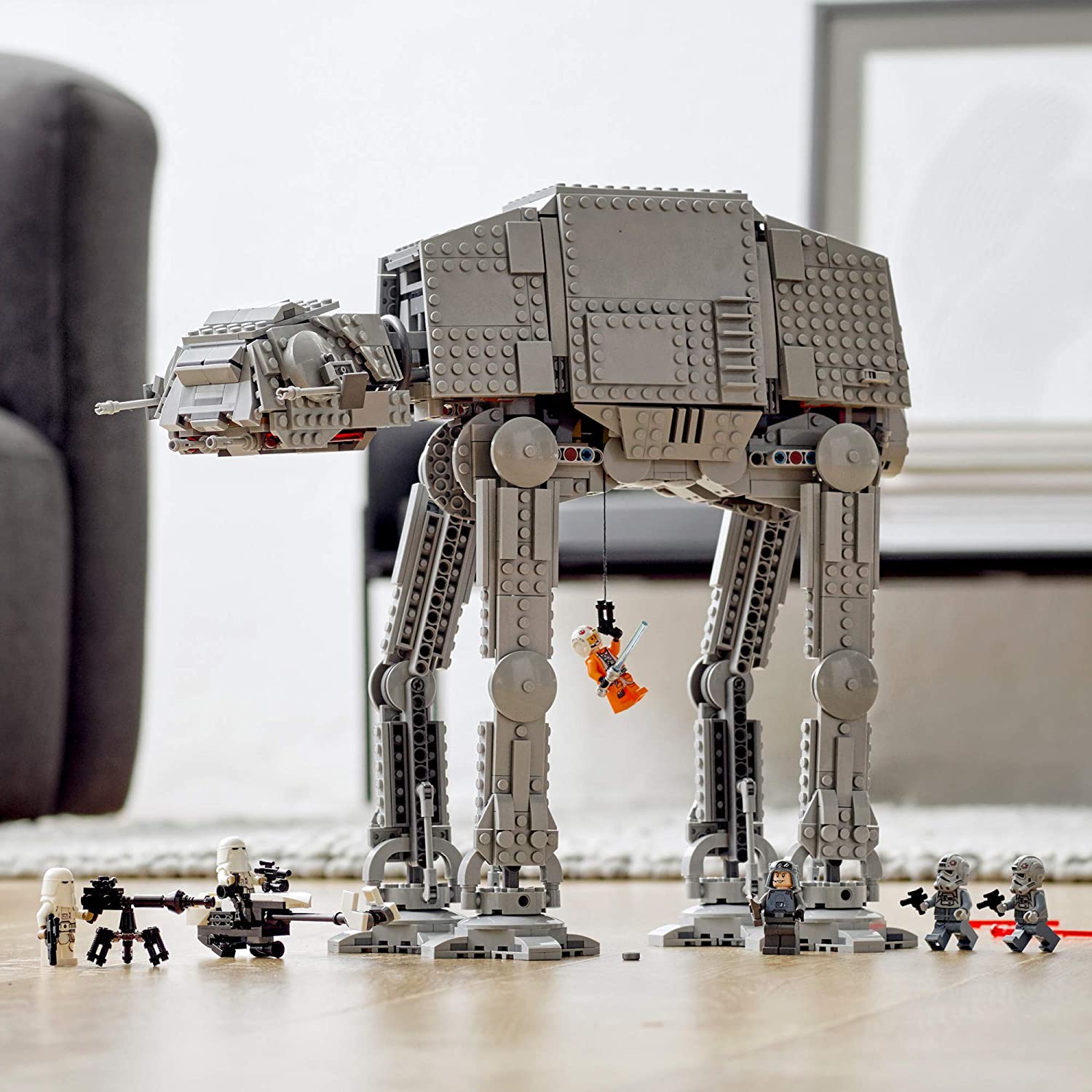 The Empire Strikes Back is arguably one of the most popular movies of all time, so of course, Lego made an AT-AT set. You get 1 AT-AT and a host of characters, including Luke Skywalker. You can position the characters within the AT-AT or keep all the doors shut and leave your characters outside of it.

This set has a moderate amount of pieces, so it’s great for everyone 10+. 1,267 pieces are included.

Best For: Best for Building Together 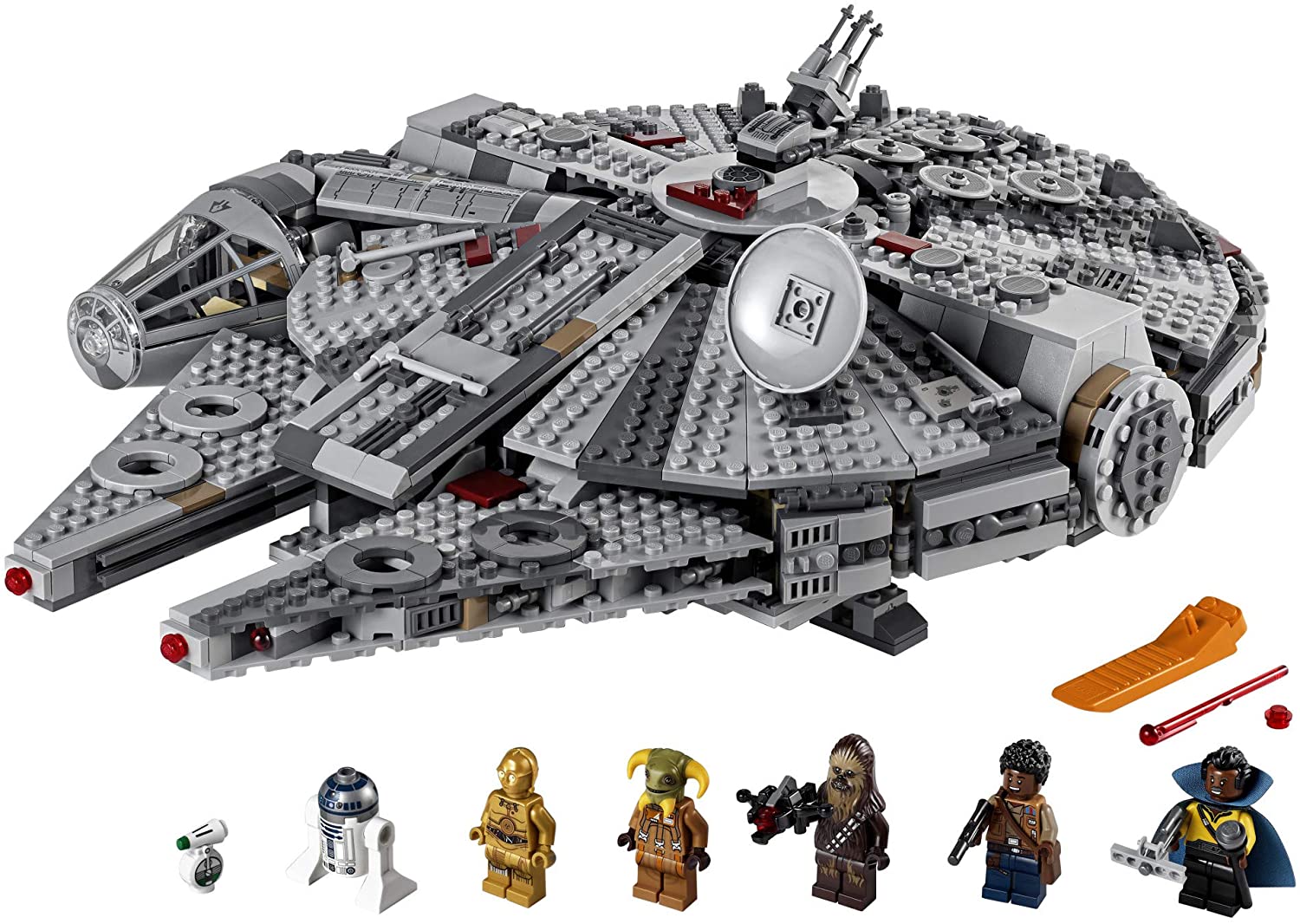 Are you ready to save the galaxy? This is a Millennium Falcon Lego set that includes lots of fan-favorite heroes from the latest movies in the Star Wars timeline. The cockpit can fit 2 characters, and you can move the rotating gun on the top of the ship.

This Lego set is recommended for kids 9+. There are 1,351 pieces in total.

Best For: Best for Mandalorian Fans 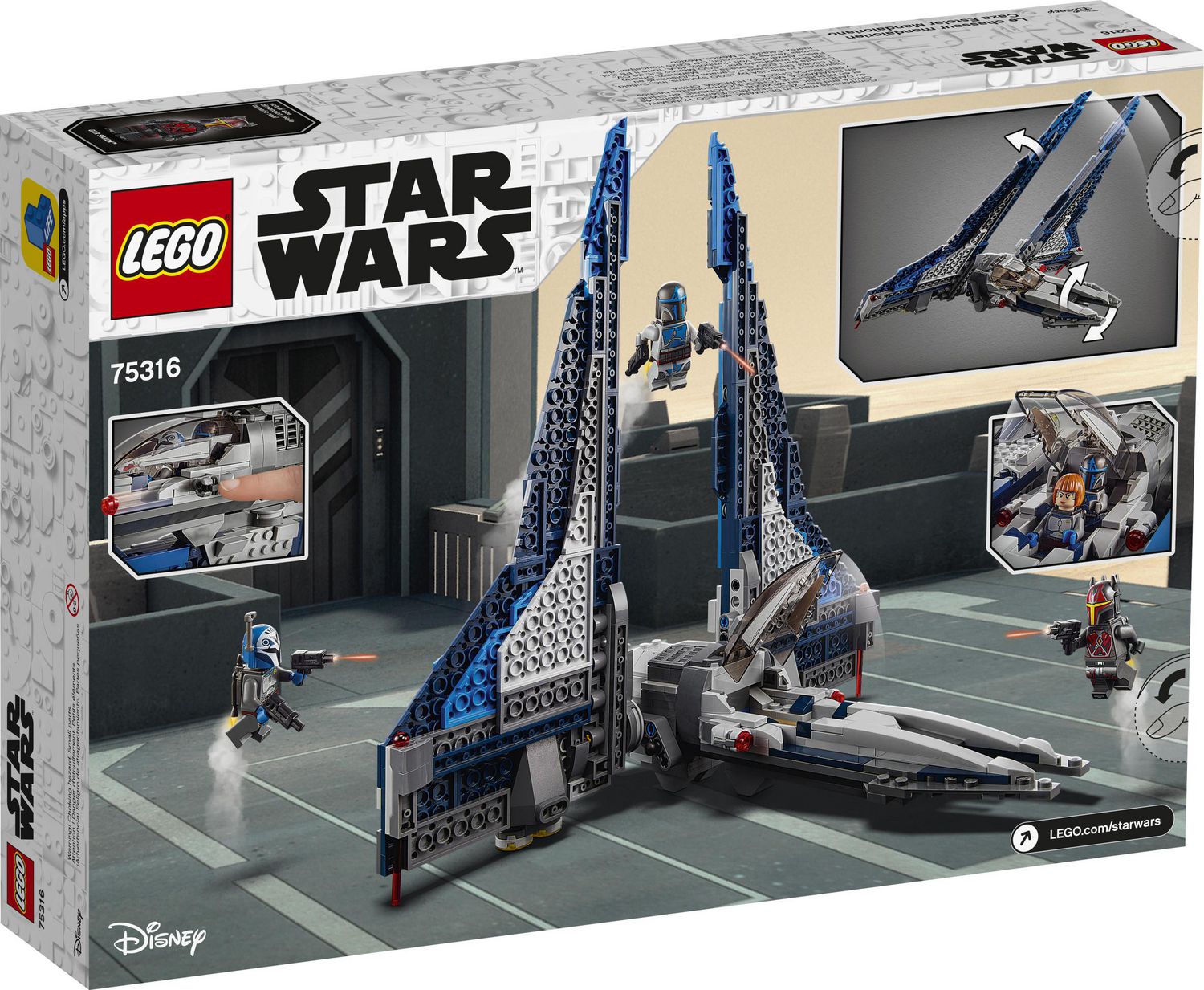 The Mandalorian has become a hugely popular piece of the Star Wars franchise. You can buy this Mandalorian Starfighter ship with characters from the show at a reasonable price. The wings and shooters are adjustable. 544 pieces are included. This kit is recommended for kids 9 and up.

Best For: Best for Younger Kids 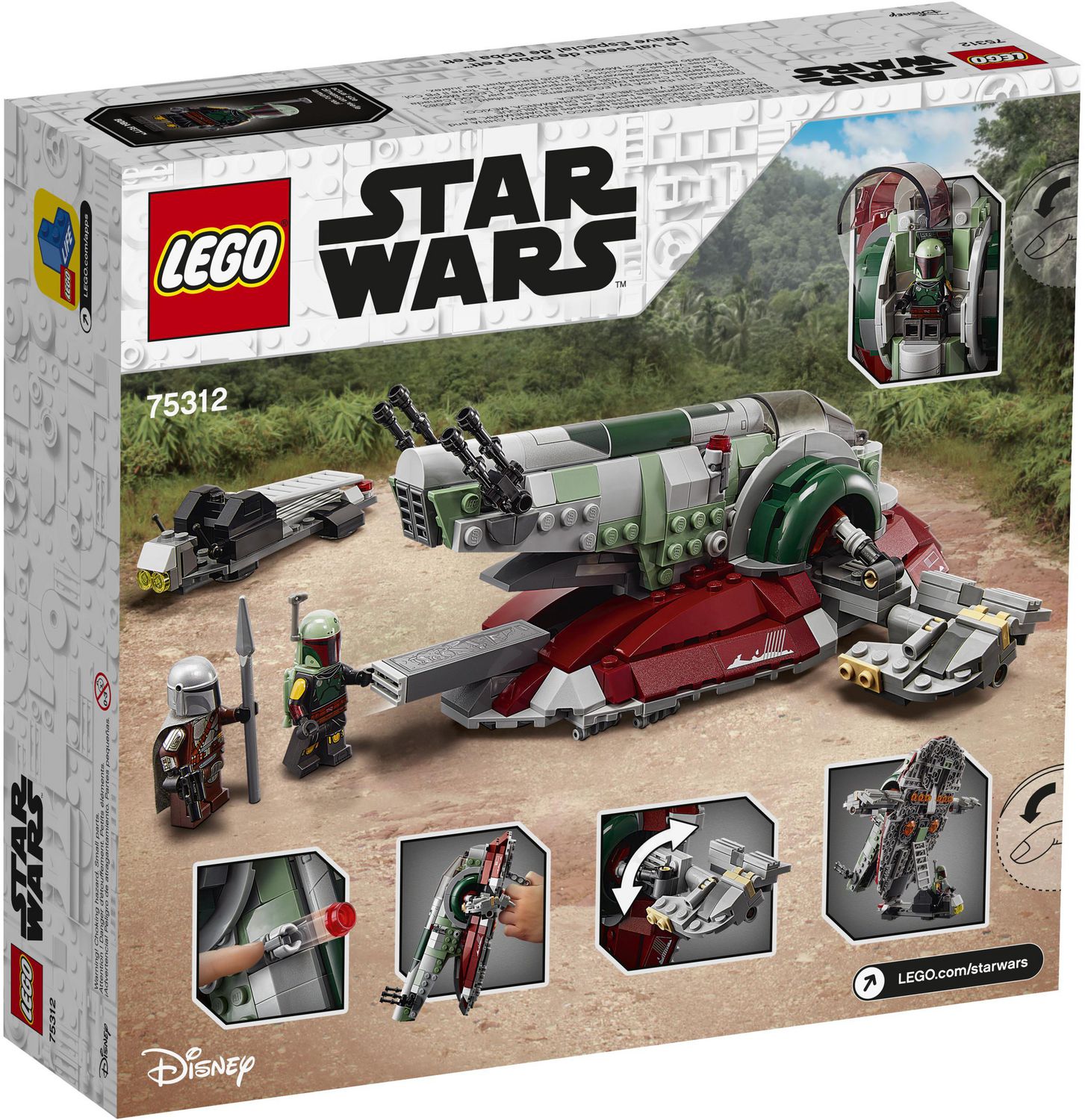 Are you a Boba Fett fan? With this kit, you can have Boba Fett’s ship, Boba Fett, and Din Djarin. Many features of the ship are adjustable, like the wings, 2 stud shooters, 2 rotating dual blaster cannons, and a compartment to store carbonite.

This kit is also recommended for kids 9+. 593 pieces are included.

This set contains 285 pieces. Since it isn’t too hard to build this set, it’s recommended for kids 7 and up.

This is the original Star Wars Lego set! This is the X-Wing Fighter that comes with Luke, Leia, General Dodonna, and R2-D2. You can open the cockpit and switch the wings to fighter mode. There are 2 spring-loaded shooters, and the landing gear is retractable.

This set is recommended for kids 9 and up. 474 pieces are included.

This Lego Star Wars set lets you build a model of Yoda that stands over 16 inches tall! Yoda’s fingers and toes are moveable. He comes with a green lightsaber. A plaque is included, which shares facts about this fan-favorite Jedi Master. 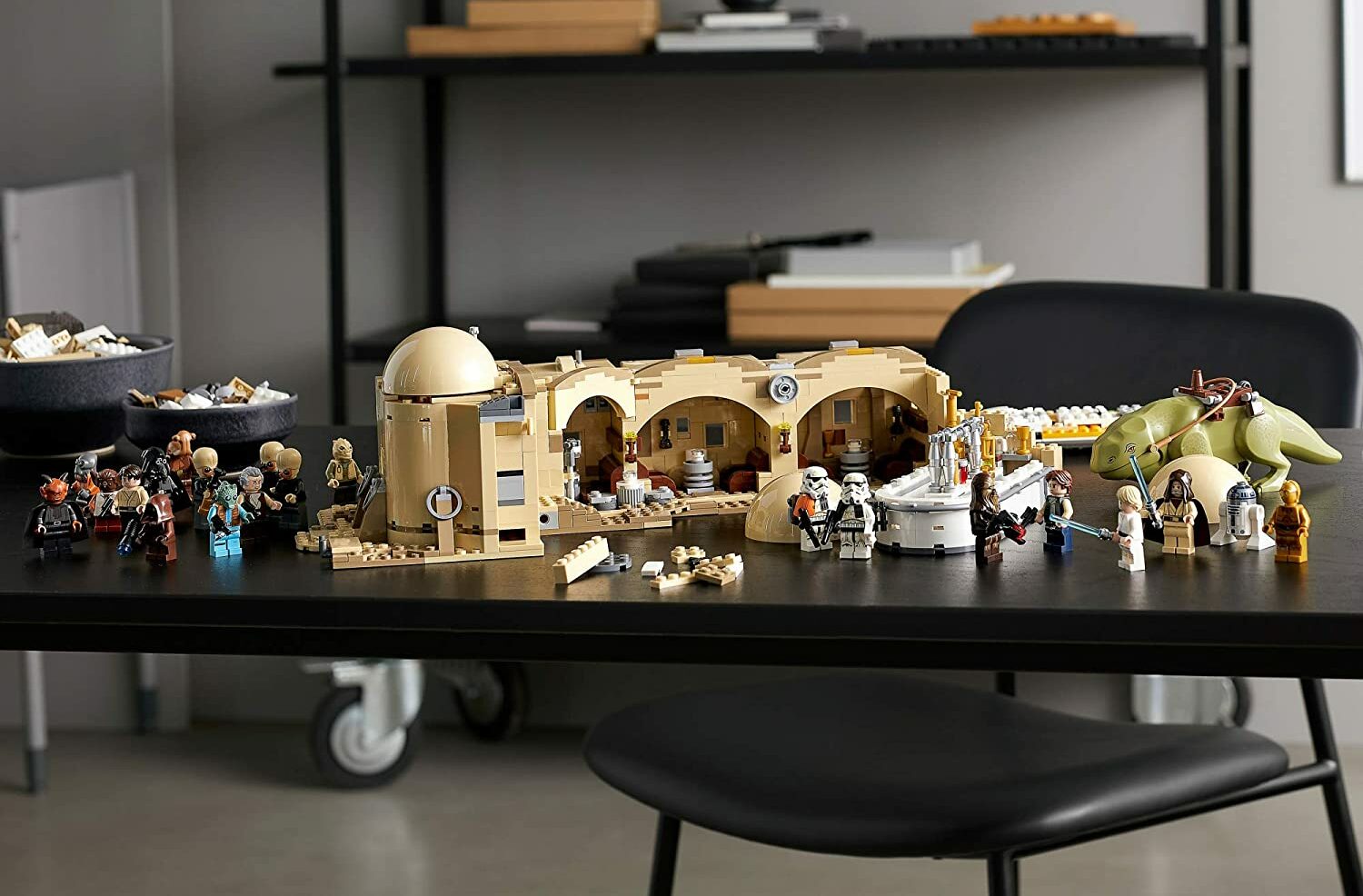 Lego has made a metric ton of Star Wars kits, so please feel free to ask anything below, and I’ll get back to you.

Question: What is the Most Expensive Lego Star Wars Set?

Answer: The Star Wars 75192 Millennium Falcon is Lego’s most expensive Star Wars set ever made. In the United States, this Lego set goes for $799.99. Usually, only hardcore Star Wars Lego fans leap this investment.

Question: Is the Lego Star Wars Skywalker Saga Out?

Question: What is the First Star Wars Lego Set Ever Made?

Answer: Lego made their first Star Wars set in 1999 when they debuted the X-Wing Fighter. Luke Skywalker, Princess Leia, General Dodonna, and R2-D2 come with the X-Wing Fighter set,  which you can still buy online.

Get Ready to Get Building

I hope you’re ready to build, build, build! You should feel like a Lego set Jedi Master now that we’ve gone over where to buy the best Star Wars Lego sets, how to buy authentic merchandise, and how to make sure you aren’t getting ripped off. After viewing the 9 best Star Wars Lego sets of all time, do you have a favorite? Let me know in the comments below! For more great Star Wars buying guides, come check out our website!