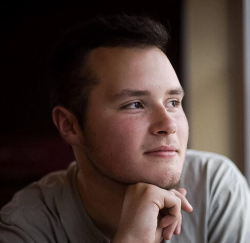 Of the two (ish) lightsaber-wielding factions in Star Wars, the Jedi have the most hierarchical classification possible for them. The Sith all have red-colored lightsabers because of their unique method of lightsaber crafting. Alternatively, the Jedi classify lightsaber colors by how they correlate with the user’s unique connection to the Light Side of the Force.

Ashoka Tano’s first appearance with white lightsabers came during the events of the Star Wars: Ashoka prequel novel. Those lightsabers then appeared onscreen for the first time in the first season finale of Star Wars: Rebels.

While Ashoka Tano bears a lot of the narrative and symbolic significance behind wielding white lightsabers, they did not debut during her time.

One of the most successful Legends storylines, Star Wars: Legacy, was the first piece of Star Wars media to include Force-wielders with white lightsabers in 2006. These lightsabers were wielded by a faction of “Imperial Jedi” formed within the newly risen Galactic Empire called the Fel Empire. This faction served the Empire “so long as the Emperor served the Light Side of the Force.

How To Make a White Lightsaber

The process of making a white lightsaber is only expanded upon in the Star Wars: Ashoka novel. Ashoka is living in hiding on an agrarian moon called Raada. The novel’s events lead to her and a group of Rebels being discovered on the planet by the newly-risen Galactic Empire.

An Inquisitor, the Sixth Brother, is dispatched to search the planet after rumors spread of a Force-wielder or Force-sensitive being present there.

Of course, Ashoka defeats the Inquisitor, albeit without her lightsabers. However, she loots the red lightsaber crystals from the Sixth Brother’s double-bladed lightsaber and uses them to build her own set of dual lightsabers.

The novel describes this process as meditating on the Dark Side crystal, purging the negative energy from the rage-fueled “bled” crystal. This purifies the crystals of the Dark Side, leaving stark white blades in place of the red ones. Ashoka utilizes these new sabers during her appearances in Star Wars: Rebels and in The Mandalorian.

Lightsaber colors in the current canon vary in their specific meaning. Despite the wide variety of colors and the multitudes of Jedi, many have the same colors and, therefore, the same roles.

This color of the lightsaber is unique in that its symbolism is almost exclusively tied to a specific character. While the blues, greens, and reds of the Jedi and Sith relate to Force-wielder categories and “bleeding” kyber crystals, the white lightsaber is both a result of a mechanical (albeit magical) process and speaks to Ashoka’s own character. She uses the same sort of synthetic crystal that Sith use, but she is aligned with the Light Side of the Force.

At the same time, she is not affiliated with the Old or New Jedi Order. Her lightsabers’ stark and neutral white color speaks to her free agent status. Her new lightsabers speak to a broader role as an instrument of the Light Side of the Force more than a role as strictly a Jedi.

The color’s meaning is more pragmatic in the Star Wars: Legacy comics. Imperial Jedi were efficient and pragmatic about their roles as Light Side-users, so ethereal explorations about the Force were seen as unproductive.

That same sort of simplicity and uncomplicated approach was taken with their weapon of choice. Lightsabers were merely tools used by the Imperial Knights to serve the Emperor and the Light Side of the Force.

At least in the beginning, the newly risen Empire in Star Wars: Legacy was remarkably different from Palpatine’s Empire. They were different in that they encouraged the development of Light Side Force users. They even had their own Jedi Order analog in the Imperial Knights (nicknamed Imperial Jedi).

The Imperial Knights had a combat-oriented approach to wielding the Force. Ruminating on its mysteries and the questions it raised was not a productive way to defend the Empire. The same efficient and pragmatic approach was taken towards lightsabers.

The Imperial Knights viewed the lightsabers as nothing more than a tool; as such, every knight wielded a white (or silver, depending on who you ask) lightsaber.

The Fel Empire was quickly deposed by a new Sith Lord, Darth Krayt, and the Imperial Knights became the Fel Remnant. The remaining Imperial Knights use their trademark white or otherwise colored lightsabers to hide their identities from the One Sith, a Dark Side faction led by Darth Krayt.

The story is one of the best in the Star Wars universe, utilizing and reshaping older notions from previous titles and flinging them 100+ years into the future.

The stark white replacing all signs of the angry “bleeding” Sith red is representative of her singular status: a Light Side Force-user but not a Jedi, passionate yet not a Sith. The Imperial Knights taking the color to represent their roles as impassionate servants of the Force is gripping. Still, it’s nowhere near as personally or visually evocative as Ashoka’s deeply personal journey to getting her dual sabers.

Question: What do white lightsabers mean?

Answer: For Imperial Knights, the use of white lightsabers reflects their single-minded devotion to the Emperor and the Light-side of the Force. For the single known canon wielder, Star Wars overlord Dave Filoni and co-creator of Ashoka’s character, have said that the lightsabers reflect her “non-affiliation” with either Force-wielder faction, Jedi or Sith.

Question: How rare are white lightsabers?

Answer: In Legends storylines, the Imperial Knights’ primary signifier is their white lightsabers. However, the lightsaber has been recorded as being so rare in the current canon that the only acknowledged and the recorded user is former Jedi Padawan Ashoka Tano.
Now you know more about white lightsabers! Hopefully, some more nuanced characters like the Imperial Knights will be adapted for media or even the story arc of Star Wars: Legacy. Either way, the white lightsaber and its wielder are among the more exciting developments in how we classify Force-wielders.
Remember to read our other articles about the symbolism of different lightsaber colors. Check out Star Wars streaming on Disney+ and if you’re in for some good reads, check out Star Wars: Ashoka and Star Wars: Legacy, wherever books and comics are sold!