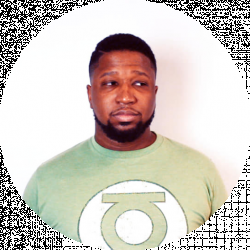 Before we begin, give yourself a pat on the back. Your craving for all things Star Wars is so great that you actually clicked on an article about Jedi robes.

A topic that, from the outside, may seem mundane or boring. But that’s what I love about Star Wars. Its lore is so deep, and its worldbuilding is so grand that even something like their clothing has significance and intriguing lore.

The brown cloaks of the Jedi and even the black cloaks of the Sith have become so iconic and inescapably linked to the series, yet the significance is rarely discussed. When it is, it’s usually only briefly mentioned. So today, I’m going to break it down for you.

Jedi robes are meant to be simple, as the Jedi rejected the need for flamboyant and ornate clothing. This was because the Jedi order was more focused on serving the will of the people and the force itself than on lavishing themselves with material comforts. In the book Star Wars: The Secrets of the Jedi, Luke Skywalker says;

Traditional Jedi robes might look fairly plain, but that was the point. The Jedi were more focused on serving the will of the Force than on the material comforts of the physical world.”

The plainness of their robes was symbolic of their selflessness, but the robes also served practical purposes. Besides being made of a resistant material that would protect them from the elements, the flowing robes could be used as a distraction. The robes twirl and spin as the Jedi move; this would confuse and disorient certain enemies, causing them to shoot the robes instead of the Jedi within.

But despite most Jedi wearing the robes, there was no actual dress code for the Jedi Order. Some Jedi would even accentuate their robes with colors and accessories from their home world.

Brown flowing robes are all the rave this season for the fashionably inclined Jedi. Both practical and versatile that even the Tusken Raiders will have to say, “EEEEEER….EEEEERR…KKKEEEERRR.”  The robes were practical because they protected them from weather conditions that the Jedi had to endure while visiting other worlds while being versatile because they were used as a way to distract enemies and as a way to train.

Some Jedi would wear robes that were uncomfortable and itchy. This was to help the wearer learn to focus by blocking out distractions. Imagine going to work, and the tag on your shirt is scratching your neck, or you’re wearing an itchy sweater to dinner. It was like that, but also droids are trying to kill you.

Corellian Jedi would wear green robes to help further distinguish them from the main Jedi governing body and to honor the Corellian flag. Corellian Jedi were like the people who wear white at funerals or white at a wedding. They created their traditions in the face of others. They also permitted marriage amongst their ranks and would only take missions in the Corellian system. Hence, their attire was a way to be both patriotic and separate them from the Jedi who served in the Republic.

The Jedi didn’t have an official dress code, so once a padawan made the rank of Jedi knight, they could wear whatever they wanted. Robes or no robes. So, it was through tradition and devotion to the order that so many of them wore the iconic brown robes.

But despite not having an official dress code, they had no issue expressing when a Jedi wore attire they disagreed with. Some of the older and more traditional members of the Jedi council disapproved of Anakin Skywalker‘s choosing to wear such dark clothing once he became a Jedi Knight as they felt his attire was a little close to that worn by the Sith.

During the Clone Wars, it was a common occurrence for Jedi to be appointed as Generals of the Grand Republic Army. As such, these Jedi would often be put on the front lines of battle. With the dangerous condition that came with being a general, the Jedi’s typical robes were not enough protection. So they started wearing Jedi Commander Armor, a modified version of that worn by the clone troopers. The plates of the armor were strategically placed so as not to hamper the Jedi’s movement during battle. The armor offered some defense against blasters, which was the weapon of choice for the Separatist Army. A cheaper and lighter-weight variant was created called the Jedi Reconnaissance Armor.

For the Jedi, the armor would serve as a painful reminder that the Jedi were being used as soldiers instead of peacekeepers, which was their intended purpose. Something that many Jedi felt too closely resembled the state of the Jedi during the Jedi-Sith Wars.

Some Jedi would wear full-body armor. During the Great Galactic War through to the New Sith Wars, many Jedi would wear heavy armor into battle. This was because the Republic was in conflict with the Sith Empire. This war happened hundreds of years before Sedious would create his new Empire in a time when the Jedi Order was far more militaristic, with many Jedi even holding seats of power in politics. Due to the Jedi’s more militant nature, they were less concerned with detachment and subtle clothing. Instead, they wanted to show strength and power as well as be protected, as the Sith Empire forces were quite formidable.

Differences Between the Sith

The Sith’s attire was more than just Jedi robes but in black. Where the Jedi ideology was a detachment from the material, the Sith attire was extremely personal and unique to each person. Thus a Sith’s attire reflected their specific personality.

Some Sith did dress very similar to Jedi, but this is because they were former Jedi. So wearing the darker robes in contrast to the Jedi’s lighter neutrals tones was their way to represent their turn from the light side of the force. The Sith stood in opposition to the light, and the Jedi, their dark clothing, would stand to represent their faith in the dark side of the force. But not just the Sith; most dark side users would wear black as a way to reaffirm their faith in the dark side.

Sith’s darker robes were also used as a way to disguise themselves or to travel incognito as it allowed them to better blend into the shadows as they did the evil things that Sith are prone to do.

In a New Hope, Obi-Wan wore robes and a tunic. It wasn’t revealed until the phantom menace that this was just regular Jedi attire. Which meant Obi-Wan was walking around like a regular Jedi while “hiding” from the empire.

This has been seen as a plot hole by many fans, but I personally (headcanon alert)  never thought so. Other people are seen wearing similar robes, even Lars. And this is because “Jedi robes” are just regular everyday robes that you could see on a vagrant or a farmer. Because the robes were meant to be symbolic of their selflessness, so it would make sense that the robes were commonly worn by many, not just the Jedi.

Question: Why do the Jedi wear robes?

Answer: For everyday protection from the elements and to use in battle as a distraction.

Question: Did all Jedi wear robes?

Answer: No, there was no official Jedi dress code, so they were permitted to wear whatever they wanted. Some, like certain Wookie Jedi, wouldn’t wear anything but a utility belt.

Question: Why does Obi-Wan wear his Jedi robes?

Answer: Well, to protect himself from the sand and heat of the desert.

Answer: Yes, they had many practical uses.

Answer: Yes and no. For the more traditional Jedi, the plain neutral tones were symbolic of their unattachment to material comforts. For others, the colors would be to honor their home world.

I love how Star Wars has lore on something many of us had never put a second thought to. But the Jedi robes are probably one of the most iconic items in Star Wars besides the lightsaber. I’m sure many of us have thrown on a bathrobe and have tried to move the remote with our minds. I might have done just that last week. (It was research for this article).

So though the robes may seem insignificant, they’re one of the biggest identifying icons for Jedi and the Star Wars franchise as a whole, so I’m glad they have a decent amount of lore dedicated to them. And I’m ecstatic, and it makes me smile that you care enough about Star Wars to read an entire article about them.