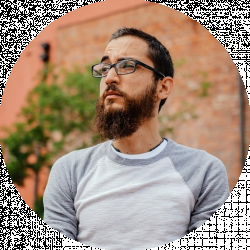 The Stormtroopers of Star Wars were designed to be battle-hardened soldiers that illustrated order, service, and dedication. They were equipped with armor from head to toe, deadly weaponry, and trained with state-of-the-art technology. They were meant to display the Galactic Empire’s power. But we all know that, in reality, most of them are clumsy enough to bang their helmets on doors, incompetent enough to question every order they’re given, and inaccurate enough to reliably miss any target they aim at. They’re a little disappointing when the shooting starts.

But that’s why there are other trooper units within the Empire. Death Troopers, Heavy Troopers, Incinerators, Jump Troopers, and, of course, the Dark Trooper.

Of all the different trooper categories that exist within the Galactic Empire–of which there are dozens–the Dark Trooper is the only true battledroid among them. Every other trooper class is a human with trooper armor on, but Dark Troopers are a pinnacle of robotics in Star Wars. Dark Troopers are nothing less than emotionless killing machines, and it’s honestly surprising the Empire didn’t use them more.

Let’s explore the history, the schematics, and the purpose of the original black-clad bastards, Dark Troopers.

Don’t want to get into the nitty-gritty breakdown of how Dark Troopers came to be in the Star Wars Universe? Let me condense their history into something bite-sized:

Dark Troopers are elite troopers within the Galactic Empire’s military. They are utilized only a handful of times and they aren’t without setbacks. Still, a single third-generation Dark Trooper would easily outmatch a platoon of mortal soldiers from any race. The third and final generation of Dark Trooper is a fully robotic battledroid that would give the Separatists’ Super Battledroid a run for its money.

The Dark Trooper program saw its inception during the height of the Galactic Empire’s rule. With Emperor Palpatine on the throne and authoritarian Moffs ruling planetary sectors, the Empire was free to open a Research & Development department with limitless resources. During this time in the Empire’s history, they were busy designing all manner of hellish weapons to keep their iron grip on the galaxy.

Bio-weapon projects that were engineered to attack specific alien species while leaving humans unaffected were given all the funding they could ever want. Studies that experimented with Force-sensitive beings were at an all-time high. And though the Separatists and their army of battledroids had been bested by clones, the Empire was open-minded enough to see the potential utility of murder machines.

Though we don’t know on what planet the Dark Trooper program began its work, we do know that its first phase of Dark Troopers was rolled out across the Empire.

The first generation of Dark Troopers was little more than a scrawny sentry droid. It had a skeletal frame with a long vibrosword attached to one arm and a fortified blast shield attached to the other. It didn’t even have a blaster.

The first generation of Dark Troopers was deployed mainly on starships and occasionally on remote Imperial installations. Running a starship that’s Venator-class or bigger requires a lot of people, and though the Empire had a lot of bodies at its disposal, it found that substituting droids when possible was an easy shortcut. Plus, it wasn’t likely pirates would target Imperial starships for raids, and if they did, a deadly battledroid that never tires can be more than enough of a deterrent.

The one good thing the first generation of Dark Troopers had that others didn’t was its resistance to lightsabers. With its vibrosword and shield, it was most likely designed to duel a Jedi. However, its poor construction made those duels short-lived. The first generation Dark Trooper still held its power source externally and had multiple wires and cords visible, making its defeat a bit too easy.

Shortly after it was rolled out, the heads of the Imperial military decided to take the program in a different direction. Battledroids were looked down upon. Clearly, the intellect and reflexes of a human were superior. Thus, the robotics part of the Dark Trooper program was cut.

The second phase of the Dark Trooper program was a type of trooper armor worn by an Imperial soldier. They were merely better-equipped Stormtroopers. They came with a jump pack, an assault cannon, and an ARC caster, which admittedly made them formidable on the battlefield. But like their previous iteration, they were little more than their combative counterparts. Glorified Stormtroopers.

The jump pack wasn’t a full jetpack–something that would give them full control in a zero-g environment–but it did allow them superior movement around the battlefield. The assault cannon was something to be feared as well, as it could fire 400 rounds without reloading and launch a total of twenty rockets. Along with the ARC caster, which could boil enemies alive and fry electronics in seconds, the second generation of the Dark Trooper was more deadly than their basic model, but still just a cog in the giant death contraption known as the Empire.

Alas, even the second generation was rarely used. By the time the program was ready to take off, the Empire was defeated.

Though the Emperor had been killed, Darth Vader defeated, the Death Star(s) destroyed, and many Imperial forces disbanded, Remnants remained. Imperial Remnants thrived across the galaxy in the years after the Emperor’s death while the New Republic was still rebuilding. Especially in the outer-rim sectors.

One such Imperial Remnant was under the control of Moff Gideon, an Imperial officer who had a personal stake in the Great Purge of Mandalore–the planet, not the ruler. Part of his Remnant had taken with it the R&D department of the Empire and they continued their work on the Dark Trooper program.

Their first discovery was that humans are soft and squishy, whereas robots are not. Researchers claimed the human element was holding the program back and decided to head back to square one: battledroids. The result was the third generation of Dark Trooper, a genuinely terrifying creation of engineering and murder. They had rockets in their feet for flight, could exist in space for as long as they needed, and were virtually unbeatable.

As soon as the program was ready to be utilized, even if all he had was twenty-four soldiers at his command, Moff Gideon put the Dark Troopers to work.

The Dark Troopers were assigned first to capture Grogu and then defend Moff Gideon’s star cruiser.

The entire platoon of Dark Troopers meets their end when a certain Jedi boards the vessel and strikes them all down. While the Dark Trooper is formidable against regular soldiers, they are rather weak when up against a Jedi of any caliber.

A single third generation Dark Trooper was able to break out of its containment cell and give an experienced Mandalorian warrior a run for his money. Din Djarin used all of his weapons against the lone Dark Trooper he faced, and in the end, the only way he won was by using his Beskar spear and aiming for the neck. The Dark Trooper could withstand attacks from missiles, blaster fire, and a flamethrower. It broke the fortifications of the star cruiser’s hull by bashing Din’s head into it. However, there is a small cluster of wires, gears, and servos that can be seen just under the chin. Beskar steel is near invincible, and the neck being a universal weak spot, Din was able to survive.

But I can speculate most others would not.

Though it’s unclear how organized the Imperial Remnants are–whether they share information, data, or technology–it’s fairly safe to say we will see more of the Dark Troopers in Star Wars yet.

A Cog In the Trooper Machine

There are over 40 variations of Stormtroopers in Star Wars, all active at different times throughout the Empire’s reign. When looking at the technological advantages of the Dark Trooper–and its cool name–it’s easy to wonder why the Empire didn’t utilize its combat effectiveness more. But when one looks at all the different options for an Imperial officer to choose from when going to battle–Shock Troopers, Heavy Troopers, Terror Troopers, Flame Troopers, Shadow Troopers–it’s more of a wonder why the Empire was working on a Dark Trooper program at all. They had dozens and dozens of choices for the battlefield already; why build the Dark Trooper?

Ingenuity, progress, and to continue their ongoing efforts to scare the life out of the Rebellion, the Alliance, the Resistance, or anyone else who threatened their control of the galaxy.

We’ve already seen the Empire use all the different generations of Dark Troopers, just not in mainstream canon. The vast majority of appearances the Dark Troopers make are in the video games for Star Wars. So if fans want to see what these death dealers are capable of, download Star Wars: Commander and add a few to your army.

The Dark Trooper program is also much more intimidating in Star Wars legends. Its creation and destruction involve the renegade Jedi, Kyle Katarn–the legends version of Cassian Andor. And much like in canon, they were headed by a single Imperial officer with a God complex.

Along with providing plenty of data to the Empire, the Dark Trooper program served as inspiration for several other trooper initiatives. The DT series of Imperial sentry droids would be a second generation of Dark Trooper if the program stayed with its battledroid roots. The Death Trooper, the Purge Troopers of canon, and the Shadow Trooper all drew inspiration from the Dark Trooper project, they merely focused on enhancing different combat capabilities.

Question: Who created the Dark Troopers for Moff Gideon?

Answer: We don’t know the specific name of the scientists or engineers who completed the final, third-generation design. We do know they served under Moff Gideon’s Imperial Remnant. They were most likely not designed on a planet but constructed in space because Moff Gideon’s Remnant wasn’t particularly fortified on any planet.

Question: How intimidating can they be if a single Jedi took out an entire platoon of them?

Answer: Fair point. I won’t lie, I was conflicted watching Luke slice through those machines. On one hand, it was spectacular to see the man, the myth, the legend himself handing out hurt left and right with the Force by his side. On the other, I’d just spent an entire season being shown the strength and brutality of these Dark Troopers, only to watch them die like so many Imperial chaff before them. But as I said before, Luke is a Force-user. Most people aren’t walking the galaxy with a lightsaber, which means most people are going to find the third generation Dark Trooper more than a little problematic.

Question: Where can I find Dark Troopers in the Star Wars Universe?

Answer: The third generation of Dark Trooper makes its silver screen debut in the Mandalorian’s second season. Fans can encounter the other generations of the Dark Trooper throughout Star Wars video games like Dark Forces, Commander, and Galaxy of Heroes.

At the end of the day, the Dark Trooper program is but one trooper program of dozens within the Empire and it’s a miracle it wasn’t lost somewhere during the rise and fall of the Emperor.

At first, the Dark Trooper program was the Empire’s attempt at cutting corners when it came to staffing some of their starships and bases. Then it was a way for them to get the upper hand on the battlefield as Rebel cells activated across the galaxy. Then, finally, they were a way for a single Moff to set himself apart from the other Warlords, crime bosses, and violent knuckleheads of the outer rim.

The Dark Trooper program was an intimidating and deadly section of the Imperial military that we’re sure is far from being an obstacle for our beloved heroes.